Timeline of the UK’s constitutional changes

The role of a constitution is to organise, distribute and regulate state power. By doing so, the constitution creates the structure of the state and sets out the principles of governing for the state’s citizens, whilst also outlining the role of government. Britain is unusual in that it has an ‘unwritten’ constitution. Unlike the great majority of countries, such as the USA, there is no single legal document which sets out in one place the fundamental laws outlining how the state works. Thus, Britain’s lack of a ‘written’ constitution is often explained via its history. In other countries, many of whom have experienced revolution (E.G. France) or regime change, it has been necessary to start from scratch or begin from first principles, constructing new state institutions and defining in detail their relations with each other and their citizens.

The British Constitution has evolved over a long period of time, reflecting the relative stability of the British Government. Britain has never truly been close to a written constitution, although the Liberal Democrats portray their great interest as shown in their wish for a political reform whereby Britain becomes codified. The Lib Dem’s pledge that they  “will involve the people in producing a written constitution” evidently indicates they are oblivious to the fact that Britain is not susceptible to change, particularly when it is mostly producing a strong government. Of course, there is the other matter that parties and politicians are infamous for failing to keep their promises made before the elections, lets see, tuition fees, tax cut for millionaires, mansion tax – hence, another major reason citizens may lack faith in the Liberal Democrat’s desire for a codified constitution. 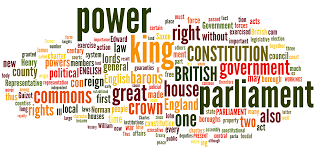 Presently, what Britain obtains is an accumulation of various statutes, conventions, judicial decisions and treaties which collectively can be referred to as the British Constitution. Today we now refer to Britain’s constitution as an ‘uncodified’ constitution, rather than an ‘unwritten’ one. By accurate definition, an uncodified constitution means there is no single document which explains how we are governed. Instead constitutional experts point to a number of treaties, laws and conventions (another word for ‘habits’) which together make up the constitution. These include:

This can also means it requires a considerable amount of study and probably a degree in politics or law to fully understand how Britain is governed. One argument is that the UK’s uncodified constitution disillusions the public, which is the reason for their disengagement (E.G shown in voter turnout).

Questions to think on when evaluating the changes: Was the change effective? If so, how has it changed the constitution? If not, why did it not succeed and is there an underlying political reasons. 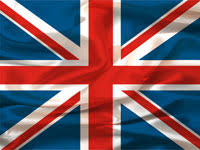 Parliament Act 1911 removes the right of veto from the Lords except on bills to extend the life of Parliament. Lords permitted delaying powers of one month for money bills and two years for other legislation. Duration of Parliament reduced to five years.

Representation of the People Act 1918 gives the vote to men over 21 fulfilling 6 months residence qualification, and to women over 30 meeting occupancy requirement. The Parliament (Qualification of Women) Act 1918 allows women to become Members of Parliament

Government of Ireland Act 1920 provides for the creation of two home rule parliaments in Ireland. Implemented in Northern Ireland only whose Parliament opens in 1921

Anglo-Irish Treaty. Irish Free State comes into being; withdrawal of Irish MPs from Westminster except 12 from Northern Ireland

Abdication crisis. His Majesty’s Abdication Act 1936 provides for the abdication of Edward VIII

Life Peerages Act 1958 provides for the appointment of Life Peers and Peeresses, giving women the right to sit and vote in the House of Lords

Peerage Act 1963 enables peers to disclaim their peerages (in order to stand for election to the House of Commons). All female hereditary peers admitted to the House of Lords. – Having female peers means a more representative House of Lords, views of women therefore have a greater chance of being heard and can be

Membership of EEC endorsed in a referendum

Scotland Act 1978 and Wales Act 1978 provide for directly elected assemblies in Scotland and Wales but incorporate a requirement that 40% of the registered electorate, in addition to a majority, vote “yes” in referendums. Referendums held in 1979: Wales votes “no”; Scotland votes “yes” by a narrow majority but falls short of a 40% majority. Both Acts repealed

Referendums in Scotland and Wales pave the way for devolved assemblies. The Scotland Act 1998 provides for the establishment of a Scottish Parliament; the Government of Wales Act 1998 for a National Assembly. First elections to both bodies held in 1999

Why Abolish?  – It was popular, most of the hereditary peers were Tories and it was a Labour government.

Tony Blair’s Constitutional Reform Act 2005 enacts a number of changes including: (1) Reform of the role of Lord Chancellor (2) Establishment of a Lord Speaker in the House of Lords (3) Creation of a Supreme Court

Fixed-term Parliaments Act 2011 sets the date of the next general election as 7 May 2015 and on the first Thursday in May in every fifth year thereafter.

Why? It creates clarity for the electorate and emphasises the use of accountability as every government will be made to answer the public’s questions.

This site uses Akismet to reduce spam. Learn how your comment data is processed.

Economic globalisation is the process by which the world’s economy becomes more closely connected. This can lead to the greater transnational flow of goods, services..

This is also available on my podcast Liberals and realists have very different positions on security and the likelihood of conflict. Firstly they differ on..

To what extent do modern and classical liberals agree over the role of the state?

Each strand of liberalism believes in the idea of a limited state which is placed there by the people it governs, an idea brought about..

The World Next Week (CFR)

To what extent do modern and classical liberals agree over the role of the state?

Begin typing your search above and press return to search. Press Esc to cancel.

Get email tips and essay examples delivered straight to your inbox!